~~ How to get Beer in the DHTAuto.com forum [Update to 03.01.2022] ~~ NOTICE TEMPORARILY LOCKING THE DOWNLOAD FEATURE ON FORUM ~~ Automotive Account Online for Diagnostic and Repair Manual ~~ Hyundai Account Login for Global Service Way ~~ Account Prodemand Online ~~ Toyota Account Login - Toyota Service Information ~~ GM Techline Connect and Account Login ~~ Alldata Online account used on official website for 1 year ~~ Honda Account Login for Authentication Server ~~ Ford IDS and FDRS Dealer Software License
You are using an out of date browser. It may not display this or other websites correctly.
You should upgrade or use an alternative browser.

If you download this document, you will be lost Beer

The new versions of the program allows to enter complete VIN of the machine for identification, but defines by VIN only model and date of release. There is a search of figure by original number of a detail and list of automobiles, where the detail was applied, also replaced numbers of details both new and old.

For search of spare parts of the concrete machine it is necessary to know VIN or precisely to know model, wheel formula, interaxial distance, type of a suspension and cabin, also the type and modification of the engine installed on the machine.

The search by VIN in the program is realized as follows. It is possible to enter complete VIN or to use with 4 till 6 symbols VIN for definition such as (up to five symbols enter the zero) and with 7 till 10 symbols for definition of number of chassis, also it is possible to choose a type and number the chassis from the list of possible variants. All other data to specify require search directly on the machine.

The abbreviation MAN - means Machine-building factories Ausburg and Nuremberg. The firm "MAN" is based in 1915 and is one of the biggest manufacturers of vehicles, including buses and also components for their assembly (axles, transmissions, engines, cabins). 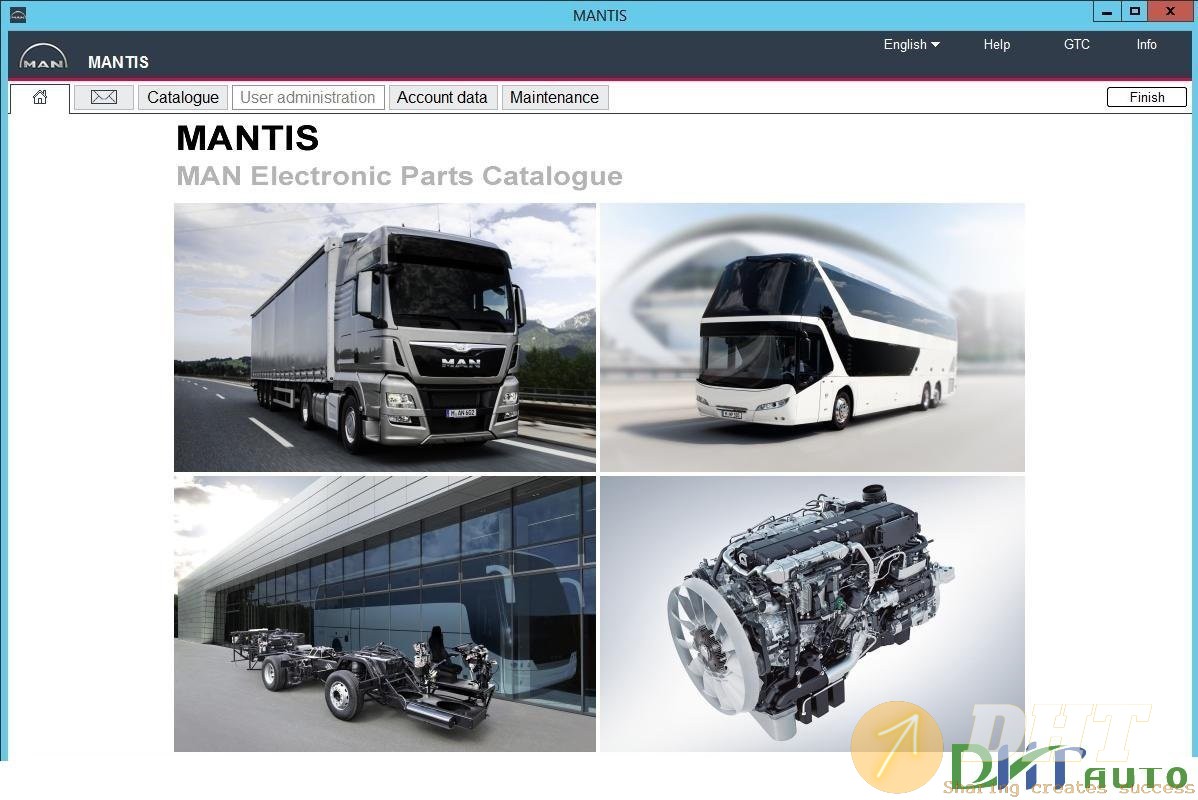 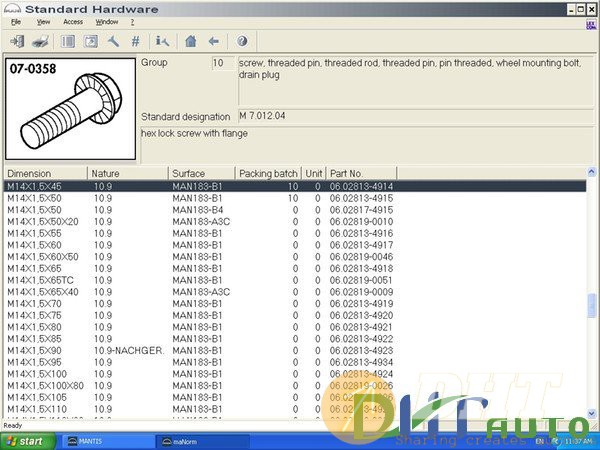 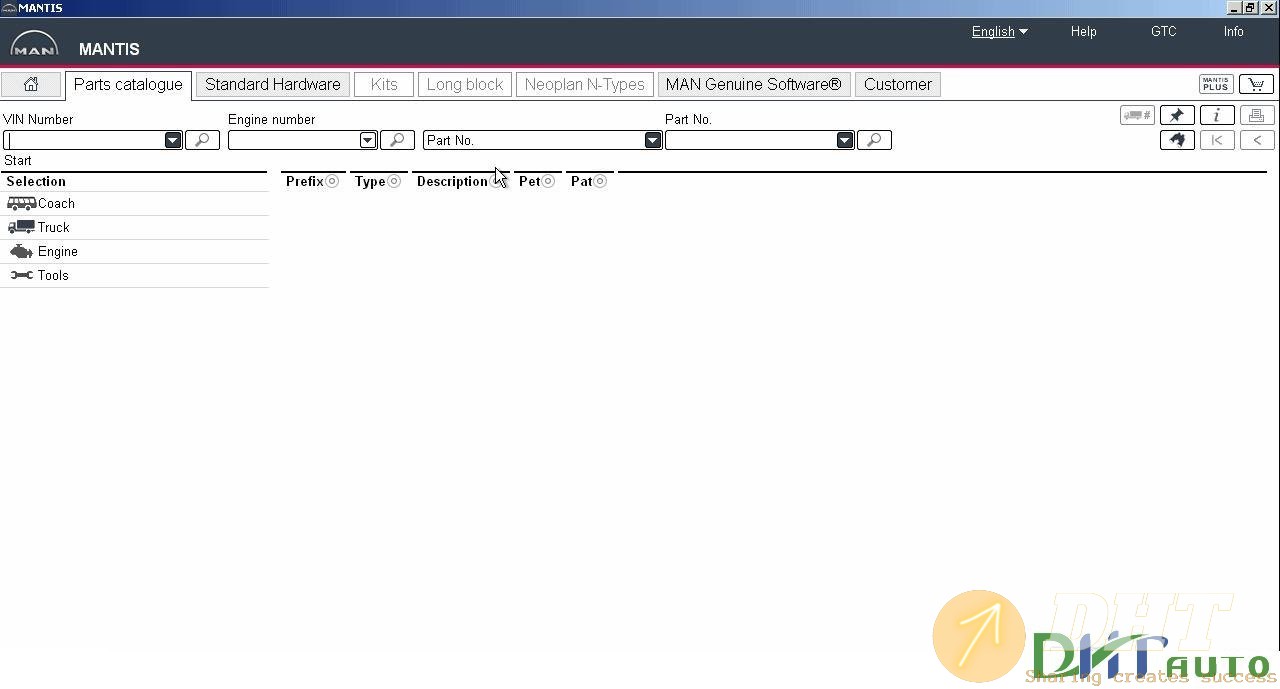 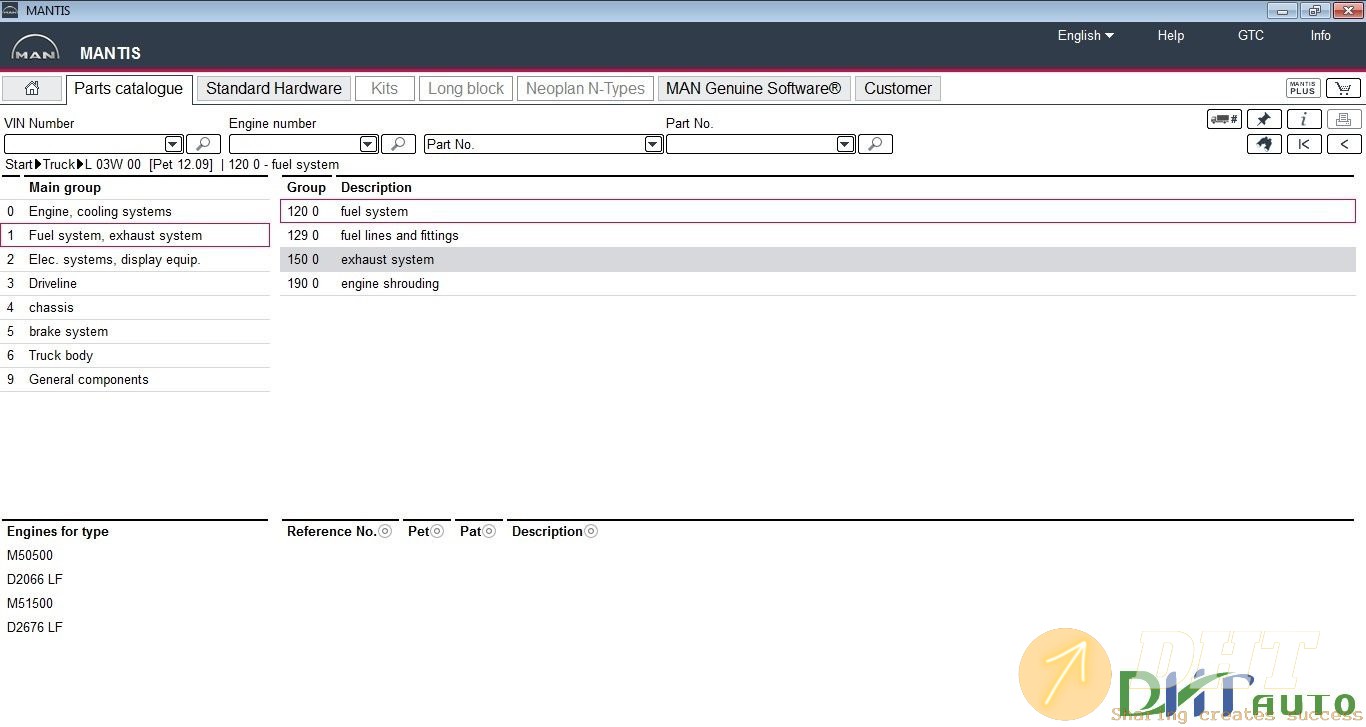